Launched by Transcultures at the occasion of Transnomades 2013 (Quinzaine Numériques of the Federation Wallonia- Brussels), the Mobile Awards – Art(s) & Network(s) intend to stimulate the online artistic creation giving it greater visibility . The 2014 edition are focused to artworks created to be broadcasted via the web and displayed on a screen (gifs/glitches, Neen Art, memes, web platforms…).

The winners of the Mobile Awards 2014 exhibited at VIA in a gallery of the Maison Fole are   : 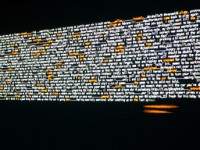 Using the protential given by a program, his works articulate and combine different materials (software, data streams, sounds, electronic elements) to constitute generative or interactive sound objects and processes. 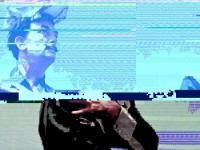 The Call for the exhibition is produced as a “Happening 2.0” in which we include the work of all participants (about 200 in total). Also we incorporated works by artists outside of the call, who previously had working about MONEY because we were thinking that these artists would improve the quality of the exhibition.

The theme of MONEY was chosen for its ubiquitous nature by an anonymous identity, a online curator who used the name of a famous Russian sniper of World War II: Vasily Zaitsev, a man that could not be seen and acted afar…

Associated with these Mobile Awards 2014 and Festival VIA, Transcultures also propose: